The Traditional College Path Isn’t for Everyone 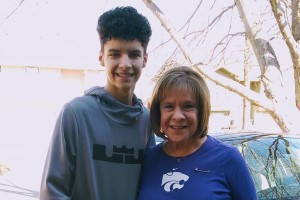 Karen has always believed that education is important. However, she notes that it does come with sacrifice. Now, with her oldest grandchild, Jalen, starting to dip into his 529 funds for his trade school education, she has seen firsthand the benefits of her contributions.

Karen opened accounts for her three grandchildren early in their lives. She wanted to set them up for success years down the line, regardless of what educational path they would decide to take. “I know as a grandmother you are supposed to spoil your grandchildren, but I wanted to do something for them that they would appreciate later in their lives,” Karen emphasized. Years of biannual contributions, on their birthdays and at Christmas has helped to set up her grandchildren for success.

“There’s that feeling of doing something for their future rather than making them happy in the moment,” Karen said.

One of the main reasons Karen chose a 529 plan was because of the range of educational paths it covers. “When it really hit me was a couple of years ago when Jalen said to me ‘Grandma, would you be disappointed in me if I didn’t go to college?’ And I know the reason he asked was because of this education account,” Karen said. “I told him ‘honey, absolutely not.’”

Jalen decided that he wanted to go to a trade school rather than a traditional university, which he was excited to find out was covered by his 529 plan. “Not everyone is made for college. We need people who have trade skills and technical skills,” Karen noted.

With all of his high school requirements completed, Jalen has started to take welding courses to round out his senior year. Thanks to Karen’s contributions, he’s been able to buy the proper jeans, boots and welder for his classes, even in high school. Jalen’s next step is going to tech school after his graduation.

Since furthering his welding education, Jalen now understands what his grandmother’s provision has provided. Karen even saved some messages Jalen has sent her thanking her. “He told me I was the best! That means more than anything in the world to me,” Karen said.

With two more grandchildren getting closer to deciding their own educational paths, Karen is so thankful she decided to start investing years ago. She is beginning to see what her persistence over the years is bringing to her grandchildren in the present. Now, Karen gets to sit back and cheer on her grandchildren every step of the way. That is truly the gift that keeps on giving.